can I use duplicati on Windows as a Disaster Recovery solution in combination with WinPE?

I wrote following doc which describes how to create WinPE boot media and how to restore all data from burp backup system. 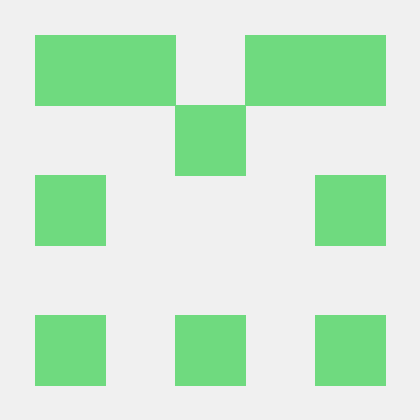 burp - backup and restore program. Contribute to grke/burp development by creating an account on GitHub.

Hello @jirib and welcome to the forum!

I haven’t set up WinPE, and unfortunately this question doesn’t seem to have come up before in this forum or GitHub issues, so I guess I’ll see what comments I can make. Perhaps someone more expert will come to help.

For a double bonus, I’m not familiar with burp either.

On Windows, Duplicati requires at least .NET Framework 4.5. Microsoft documentation refers to some subset version that’s available (I have no idea if it’s enough for Duplicati use), but other folks add in what they need. Adding something recent would be best. I’m not sure when 4.5 support will be dropped, but it’s growing old…

Although Duplicati has a web UI, possibly all you need is command line, and it may avoid some WinPE setup. Routine backups will be fastest (and work best) if Duplicati backs up from the source computer to destination. If that’s your intent, then recovery basically means having the source know its configuration, e.g. by export of configuration from the web UI or some other means. Note that the configurations contain secrets which might be tailored per-computer or shared if that’s OK. –parameters-file might be helpful some place in this scheme.

Having a remote Duplicati server scan the source host for changes would add drawbacks, but helps secrecy and also avoids having to recreate the sometimes troublesome local database if the source host suffers loss. Server would still need protection though. A third-party Duplicati client could be used to talk to remote server.

I’m not sure if either burp or Duplicati can restore the whole Windows machine as nicely as an image backup, however Duplicati has a lot of advanced options that might let you tailor your design to its best possible form.

yes, burp can restore whole Windows, I tested that.

In the docs I referred one has to create a boot media (WinPE) either with backup sw inside it or one can copy binaries from SMB shared folder. So in that burp case, I booted WinPE, did manual partitioning, attached SMB share with configuration prepared for the backup client, and started restore with forced overwrite to disk which represented C:. It worked fine.

https://burp.grke.org/docs/manpage.html suggests you are probably restoring ACLs. Duplicati would probably want –restore-permissions to restore ACLs. NTFS reparse point handling has had some issues with OneDrive but maybe works well enough for whatever the rest of Windows has. There are probably other odd files types. Ordinarily I suspect people install Windows, then Duplicati, then restore. Your idea is more demanding though.

If you decide to give Duplicati a try in the WinPE environment, please let us know whether it works out for you.

chocolatey.org can install via powershell , duplicati … ie into your pe… USB key.

Do any of you have this ISO? If so, would you mind sharing it? I have his Redstone 3 version but would love his newest version.

https://theoven.org scripts to allow duplicati to be baked into many othe aformention PE’s above via link, havent been made for autothos of the pe’s to auto bake in.

however drive-xml image bake in along with many drive part/image toys.

old useb is RR rufus however has newer 5.x iso…
if you mount wim with ntlight you can insert ext3-fsd drivers etc and link to exe into start up , and repack wim , just keep a copy case wim borks.

I wouldn’t do this. Duplicati is not designed for bare metal backups and won’t work. It doesn’t back up all partitions (like the boot related ones), doesn’t create partitions during restore, doesn’t know how to back up boot sector/MBR, and doesn’t back up all symlink types correctly on NTFS (it doesn’t differentiate between the several types), etc.

Duplicati is great for backing up your user data, efficiently storing many versions for long periods of time.

If you are looking for a program to do bare metal backups and restores on windows I recommend Macrium Reflect. It includes the ability to build WinPE recovery media.

Personally I use both. With Macrium Reflect I only keep a few weeks worth of backups. With Duplicati my backups now go back to 2017 (when I started using it).