I upgraded a Windows machine to this and renabled USN, set it to “on”, the scheduled backup ran and I receive this still:

I’ve checked and there are definitely no long names/paths, though it would be nice if the error gave me a hint as to where to look.

I upgraded a Windows machine to this and renabled USN, set it to “on”, the scheduled backup ran and I receive this still

Article readers may refer to PathTooLongException when using USNJournal #3311 for newer status on this.

I’m seeing the same thing on a Fedora box, other machines/browsers can’t seem to reliably download from “https://updates.duplicati.com/canary/duplicati-2.0.3.12_canary_2018-10-23.zip” it keeps stalling/failing and never completes.

it keeps stalling/failing and never completes.

Also see Download links not working where a pointer to https://github.com/duplicati/duplicati/releases might work for a manual browser download, but I’m not sure whether the automatic updater is similarly affected by the issue.

it keeps stalling/failing and never completes.

I deployed a fix for the update server and that broke downloads longer than 2 seconds.

I have fixed the problem with the server, and downloads work for me now.

The updated version failed to automatically launch (as always), but other than that it appears to have gone smoothely. (For anyone else this happens to, just re-launch Duplicati manually).
[Windows 10]

The updated version failed to automatically launch (as always), but other than that it appears to have gone smoothely. (For anyone else this happens to, just re-launch Duplicati manually).
[Windows 10]

If it’s installed as a Windows Service, you might have to use Task Manager or Settings --> View local services, and if anyone on Windows wants to share their experience, see Activate downloaded upgrade sometimes fail.

If it’s installed as a Windows Service

Nope, mine is a purely vanilla Windows install.

Linux (Ubnuntu) upgrade from 2.0.3.11 worked (and restarted) fine with the following pre-existing exceptions:

@kenkendk, it looks like there was a database version update from 5 to 6 in this release. Has anybody tested if it’s possible to downgrade back to 2.0.3.11 yet?

Note that I’ve already updated this #howto on the assumption that a downgrade will NOT work:

After upgrading to the latest canary, I started receiving the following error on the OneDrive v2 (personal) backend (some information redacted for privacy):

Maybe it is just a temporary issue with OneDrive, but the onset of the error does seem to coincide with my installation of the update. I haven’t been able to complete a backup job to this backend since.

May be relevant: I currently use the OneDrive v2 backend because I have second factor authentication enabled on OneDrive (this did work seamlessly in the previous canary).

I have a fix for the OneDrive issue and will post it for review after some more testing. See the GitHub issue here: 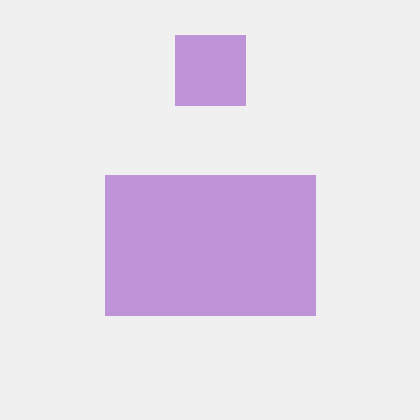 Issue: Path on server needs / at beginning when configurations are edited

The database change was to add descriptions to backups. In principle that shouldn’t break anything.

Putting 2.0.3.12 back in the updates folder got things running again.

I found that when i try to cancel a backup (stop after uploading) it never stops. Other than that, I’m pretty good.

Hi @DisplayNerd, welcome to the forum!

Did you choose cancel “now” or “after upload completes”?

It was stop after downloading. I just realized i had a very high async upload limit with not as much bandwidth, so it would normally take a long time to stop (don’t know why I did that). However, I left it stopping for over an hour and it changed back to regular uploading. When I forced stopped I got a warning next time I tried to upload. I promptly downgraded back to 2.0.3.3. Did the same procedure in 2.0.3.3 w/ same upload limit and everything was fine. It seems like this feature may be broken (could somebody test this)
P.S. I’m using the docker version and I also got the same bug with the upgrade dialog being shown after upgrade.