Upgrade through web gui is only partial 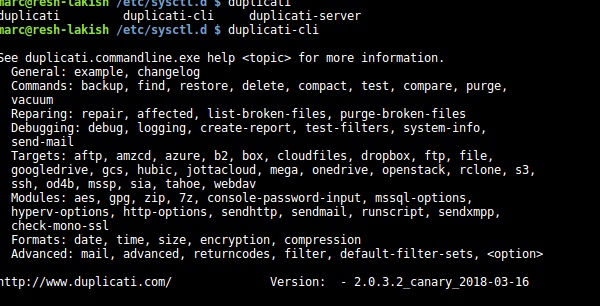 Good luck and thanks

I believe when a piece of Duplicati starts it checks the update folder to see if there’s a newer version that what’s install in the normal bin folder (or C:\Program Files\Duplicati 2\Duplicati.CommandLine.exe on Windows).

So I suspect the update is all working as designed, but there’s a bug in Duplicati.CommandLine.exe when called directly such that it doesn’t check for a newer version.

On Windows I can run "%userprofile%\AppData\Local\Duplicati\updates\2.0.3.4\Duplicati.CommandLine.exe" and get the expected version. I’m not sure what the MacOS or Linux variant of that would be…

But that has me wondering, @kenkendk - if something cleans up the updates folder it’s effectively “un-updating” anything done via the GUI which could cause issues as things like database rewrites and parameter changes keep happening, right?