Hello guys,
Not so long ago I installed Duplicati 2.0.2.15-1 on my NAS, configured it and it worked well, uploading backups to the Hubic cloud. And recently, a notification appeared that there is an update, so I pressed the update button and that’s it, the system died. Here is what the console writes after launch, help me to solve this issue. 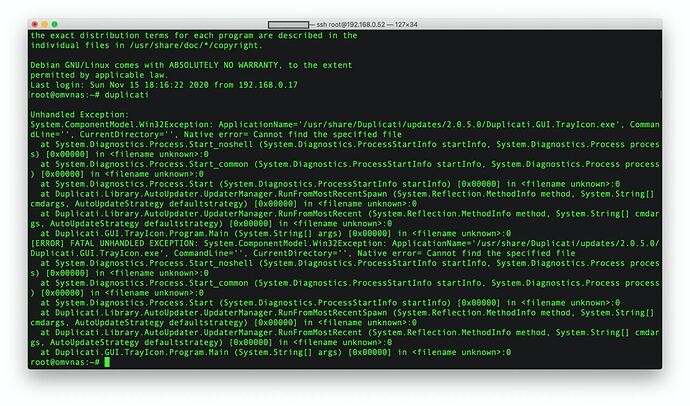 I don’t want to reinstall the entire program, is it possible to fix this update or roll back changes without losing all settings and data? Can I install the latest version of the program on a 32 bit system?

What version of mono are you using?

Ok yeah that is really old. Duplicati 2.0.5.x requires mono 5.10.x or newer. Normally I would direct you to follow the instructions here:

But Debian 8 (Jessie) is not listed. It MAY still work if you use “stable-jessie” instead of “stable-buster”/“stable-stretch” in the instructions, but I’m not sure.

Edit - I just remembered that this old VM was targeting Debian “testing” so it may have gotten some pieces of Debian 9. Let me try with a fresh install of Debian 8. 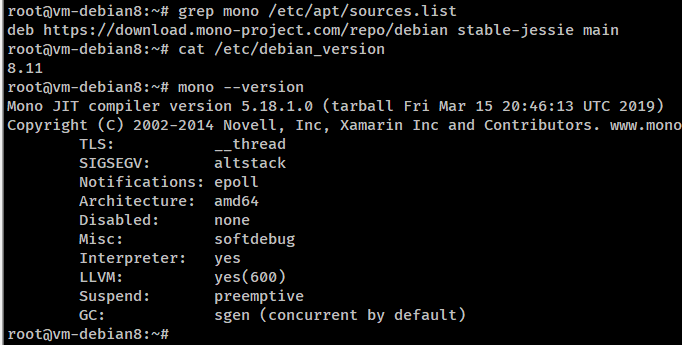 so, if I update Mono than new version of Duplicati will work?

so, I’ve tried to update a Mono and I’ve got this error messages 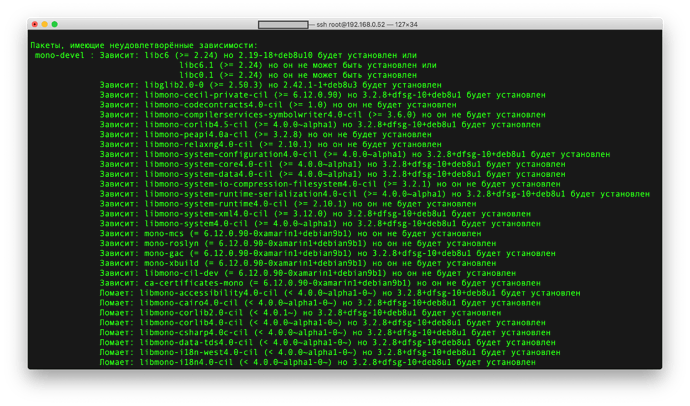 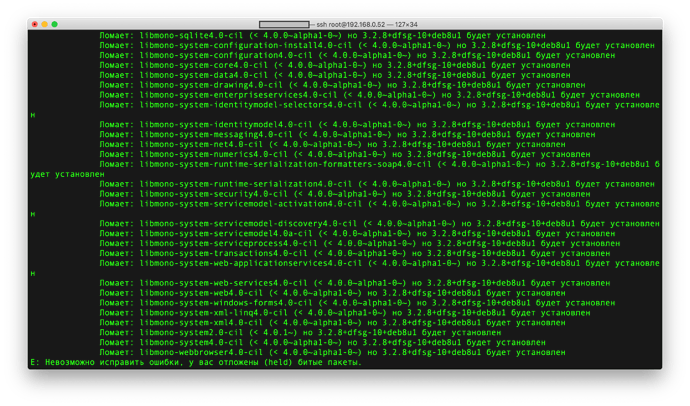 Not really sure what’s going on. Maybe it would help to remove all current mono packages and then install mono-complete from scratch (from the official mono repository).

You may need to temporarily uninstall duplicati so it lets you remove your current mono.

I rolled back to old Duplicati, so right now its over for me, thanks anyways

I think it’s probably resolvable by cleaning old mono and installing the new. I saw another machine where mono didn’t want to transition smoothly to the project’s main repository.