I have a configuration, to backup a USB-stick (G:) to my local NAS System.
The backup is done, Looks good, but always three warnings:

May I ask for some tips, tricks, what´s wrong, or how to avoid these messages.

The easiest way to solve this is probably to exclude G:\System Volume Information\ from your backup. You don’t want that backed up anyway:

Is it necessary to back up the System Volume Information folder?

Edit: I realize that I may have made a wrong assumption here, namely that you/duplicati is trying to backup the contents of G:\System Volume Information\ but it may well be the case that you have --snapshot-policy = on in which case (I think) duplicati would be trying to access that folder in order to create a Volume Shadow Copy. According to the help text, it should fail silently if it fails and create a warning in the logs:

In any case, you might want to turn ¨–snapshot-policy = off` as I don’t think it makes sense for USB drives. But others here may be able to provide a more generic solution…

I don’t think so. Duplicati would just be triggering the VSS API to create the snapshot, and Windows itself is responsible for doing the actual work and putting data in System Volume Information.

I bet the OP has the entire G:\ drive selected for backup. Excluding System Volume Information would be the right approach to solving this problem. As you stated you do not want to back up this area anyway.

in short words …
perfect help… Thanks.

My itension/aim is to backup all “user data” from the stick. I am not interested in an other information, maybe the operation system need this.

With a modification of my backup configuration, the backup will be done, without error and warnings.
I’m a bit ashamed that I did not find the solution myself.

high time, and spend a round … hmmmm, how … donate the project is possible
or you come to south germany (Bayern) …

For me, duplicati is a very useful, helpful powerful tool.

PS: what means the abbravation OP …

It’s good to hear things are working for you now! If there was a particular post that gave you the “fix” feel free to check the Solution box

what means the abbravation OP

Yesterday, I experienced the same issue (3 warnings about not being able to access Z:\System Volume Information\)

So I excluded any System Volume Information directory like this:

But when the job ran today, I got the same 3 warnings again. Am I doing something wrong?

IIRC, ending the exclude with anything other than \ or / treats the filter like a file.

If that’s correct then your rule will exclude all contents of the folder, but will still try to access the folder, thus causing the error.

I’m not where I can check, but I also think the “Exclude expression” selection automatically adds the leading dash, in which case it’s trying to exclude “anything in the folder found at dash followed by anything followed by \System Volume Information”

Unfortunately, this didn’t help either. Still getting the warning.
Wait a minute, I am starting to understand what you are saying here:

I also think the “Exclude expression” selection automatically adds the leading dash, in which case it’s trying to exclude “anything in the folder found at dash followed by anything followed by \System Volume Information”

You are basically saying that what you suggested will probably not work, right? Well you were right. So I have to try *\System Volume Information\ then?

@Matthias, how exactly did you get rid of the warnings?

Do the filters actually work? Features

Personally, I use Exclude Regular Expressions that I figure out in a text file and just past the lot in “Edit as text” mode. For example, this “Edit as text” value should exclude the a users’s “Videos” and “Downloads” folders on either Windows 98/XP (the Documents and Settings stuff) or beyond (the Users stuff): -[.:\\(Users|Documents and Settings)\\[^\\]*\\(Videos|Downloads)\\] To use it in the regular “Exclude regular expression” field just remove the leading “-” and the surrounding “[]” so…

I was asked …
@Matthias, how exactly did you get rid of the warnings? 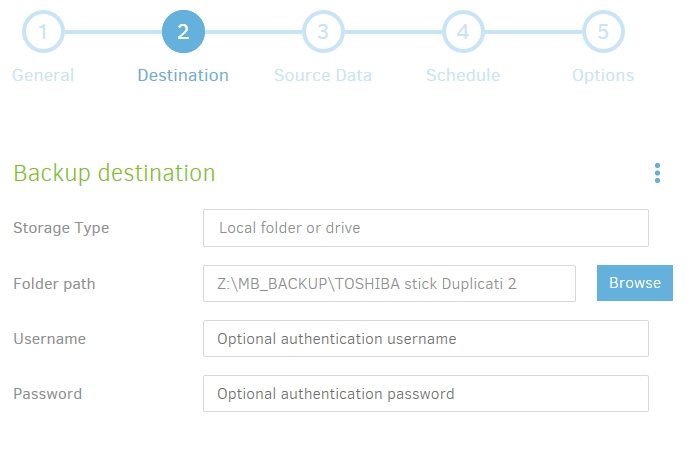 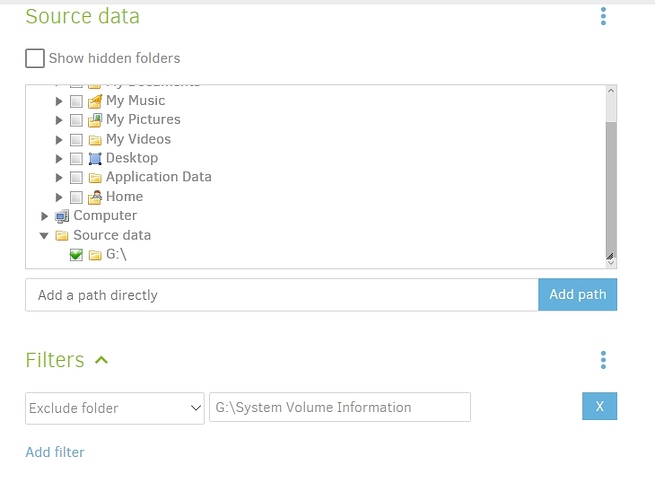 That´s all …
Due to the case, that my USB stick is always G:\ … the Exclude Folder Option works fine.

Note: In this backup run, there was only small changes, only 10 files,
therefore the backup runs very fast …
and no warnings, errors, and the red (message) box on the screen 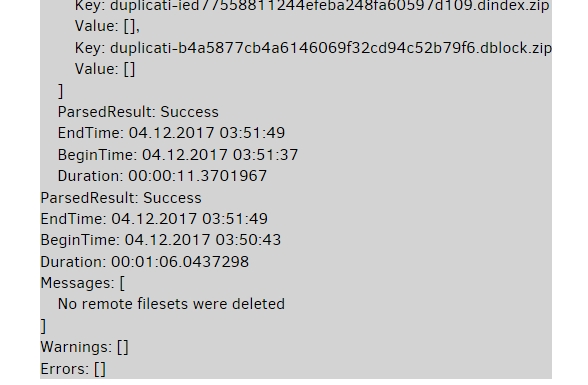 Adding to my last post, the result … no warnings, no errors …

note: new users can only add 3 Images per post …

So I have to try *\System Volume Information\ then?

In the two-field setup for “Exclude Folder”, you would put in *\System Volume Information\

Nope, doesn’t work. Now I was going to try

But then I thought, since I want to exclude those system volume folders globally anyway, I might aswell go for the global option --exclude="*\System Volume Information\*"

But those filters are confusing. So:

Include examples for filters UX

Given how much time some people are wasting trying to figure out how to exclude a certain folder, I though I’d suggest that whenever you select a filter, you get a quick explanation/example of how to use it: [image]

So, I’m wondering why the GUI accepts that option in the first place if it is not supported at the global settings level.

I also tried --exclude=*\System Volume Information\* but with the same results.

I can’t believe how much time I’m spending at doing a simple thing like excluding a some folders.

So now I tried this:

And it finally seems to have worked. The disadvantage is that I have to enter this for every single backup job. Why is it not possible to globally exclude stuff?

It might be worth including \System Volume Information\ in the standard “System files” Exclude option.

My assumption is that that is covered with this:

I made an addition for it here:

I’m not where I can check, but I also think the “Exclude expression” selection automatically adds the leading dash, in which case it’s trying to exclude “anything in the folder found at dash followed by anything followed by \System Volume Information”

This should actually work because it will not look in the folder after it has been excluded.

But * means “zero or more characters” so the original filter should also work.

So, I’m wondering why the GUI accepts that option in the first place if it is not supported at the global settings level.

I should fix it …

Why is it not possible to globally exclude stuff?

Unfortunately it is because “order matters”. As we allow both include and exclude filters, there is no sane way to simply mix two lists of filters without getting a lot of surprises.

Imagine one rule is exclude *, putting that first and last has two very different outcomes.