I had to force a cache reload, but now the live log height fix works 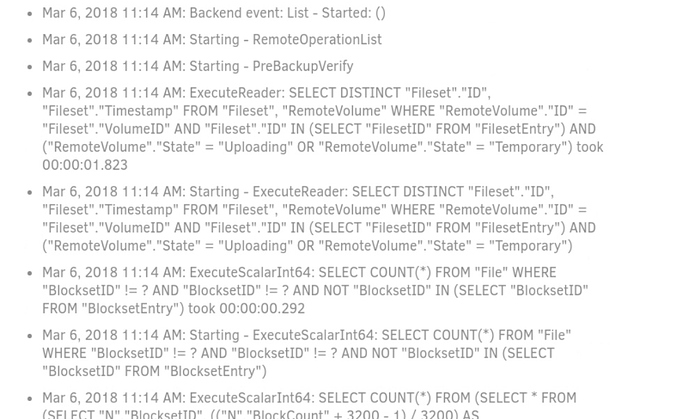 So the style fixes are good, and the changes to retention policy are also working as expected.

I have not tested the password fixes from @mnaiman. Have any of you tested them?

I just tested it and it didn’t work when I set the password and tried to login. But then I realized I had not updated on this machine.

It works perfectly if you remember to update

So… we include it in the experimental?

Fixed a problem with setting the initial password on the server and some change-password issues, thanks @mnaiman

I mean, unless there are some command-line implications. I don’t personally use the command-line, so I haven’t tested it with the NOHOSTEDSERVER_OPTION and READCONFIGFROMDB_OPTION options.

I also tested the U functionality on a couple of backups and it’s looking good.

I also tried U:U just for fun, which also did not cause any of my backups to spontaneously combust.

Wait, is that a “keep forever” shortcut???

Might be a bit overkill to define it that way, but it proves a point