I am having issues trying to upload one of my backup jobs to Amazon Drive. It failed during the first upload to to internet modem reboot or ISP issue. But I tried to start it again, and it wouldnt work. So I repair db, verify files those didnt work, so deleted and recreated db, and it recreated the db. But its still failint even tho it spent 4 days looking at the files and uploading the rest. This contains alot of ISOs, so de-duping it really helps since some images are pretty much or exactly the same. They are moaslty TechNet stuff for my home lab.

I also get connection lost while in dupliciti alot. Doesnt really bother me, but not sure if it effecting the backup.

Below is the last log entry for the backup job…

Any ideas? Is my dataset too large? I can split it in 2 if that would help.

This sounds like a general internet connection issue to me. I doubt your dataset is too large as that usually results in a timeout error.

I’d recommend against larger dblock (upload chunk) size as that just means you have more to re-transfer if something happens to your connection during a transfer.

In fact, you might want to try a SMALLER dblock (archive) size, at least on a test backup - just to see if it works better for you. And in case you’re worried, the --block-size parameter is the size of your deduplication chunks (and CAN’T be changed) while the --dblock-size mostly just sets how many blocks are grouped together into a single archive file before being uploaded (and can be changed without issue).

The biggest drawback of smaller dblock sizes is that if you have a LOT of them then your destination (in this case Amazon Drive) can slow down when trying to list them all, in which case you’d have to extend the timeout and/or shift to a larger dblock size.

OK, Thanks for the info. Its running again now. I guess checking everything. It has most uploaded so I will let it run again as is. Or should I change the dblock size down to 50, leaving the current 200mb files up there?

Or should I change the dblock size down to 50

If it’s working, I’d say leave it at alone.

If it’s working, I’d say leave it at alone.

Will do Will see what happens and report back. Thanks

I am having issues trying to upload one of my backup jobs to Amazon Drive.

I don’t know if this is the exact same thing, but I am also having huge difficulties getting a 600GB backup to Amazon to complete. It fails at least once a day. I suppose it’s a problem with Amazon. However, my gripe with duplicati is that whatever amazon does or does wrong, it should be able to handle it in a meaningful way. Currently, what happens for me is that it just stops uploading. No error message, nothing. The progress bar just stays where it was and nothing happens.

I was hoping that this is just a problem with amazon, but unfortunately, it seems to be an duplicati problem too. Whatever Amazon might be doing (rate limiting or so), Duplicati can’t handle it and basically crashes the backup job without any notice as reported here: So here is what happens: I have a backup job from a network drive to Amazon Cloud Drive and the upload keeps failing. Yesterday, it stopped sometime in the morning. Today it was in the afternoon: [image] As you can see in scree…

I recently setup backup job to Amazon Drive (several hundred GB). For the first 300 or so GB the upload went fine. But since this morning, the progress bar has not moved at all. For now, I am assuming that this is a problem on Amazon’s side (perhaps some kind of rate limiting or whatever). My issue here is that even if I wanted to report this problem as a duplicati issue, the duplicati UI is not helping me with that at all. Here is what I did I checked the logs: nothing (last entry is from two…

It finally uploaded everything… But get the following message, which I will have to research.

“Failed to connect: SQLite error no such table: LogData”

“Failed to connect: SQLite error no such table: LogData” 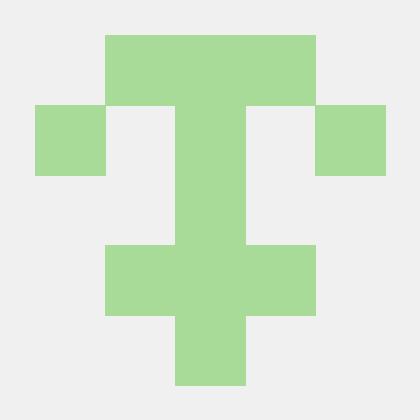 Issue: Failed to connect: SQLite error no such table: LogData

The GitHub post also mentions ACD but seems to have been running on an ARM BananaPi with Ubuntu.

Thanks Jon… I seems to back up… i need to test restores… I moved the db location from the default path, so not sure if that is causing issues. The default space was too small… So wondering if there is soemthing else I have to change or something…

If you moved the database from within Duplicati’s “Database …” menu then you should be fine.

But it couldn’t hurt to double check the path in there with where the file actually is, just to be sure.

Thanks Jon… The paths seem to be ok, as they are getting written to… but when the backup has error messages, I cant read them (clicking the show button). I’ll go ahead and open a new thread since this one is solved. .