I’m using 2.0.4.5_beta_2018-11-28 and just noticed that you can set Duplicati to provide JSON output in the result email instead of the normal plain text. However, when I do this the subject for the resulting email is the beginning of the JSON output rather than the value of the send-mail-subject option. For example, instead of: 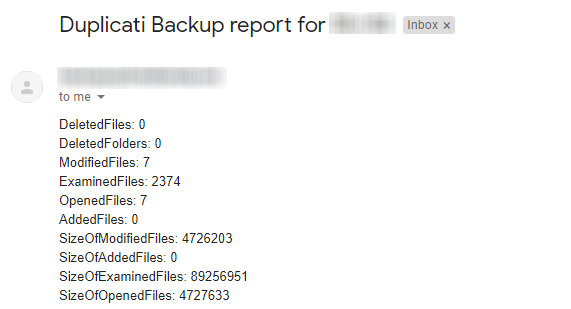 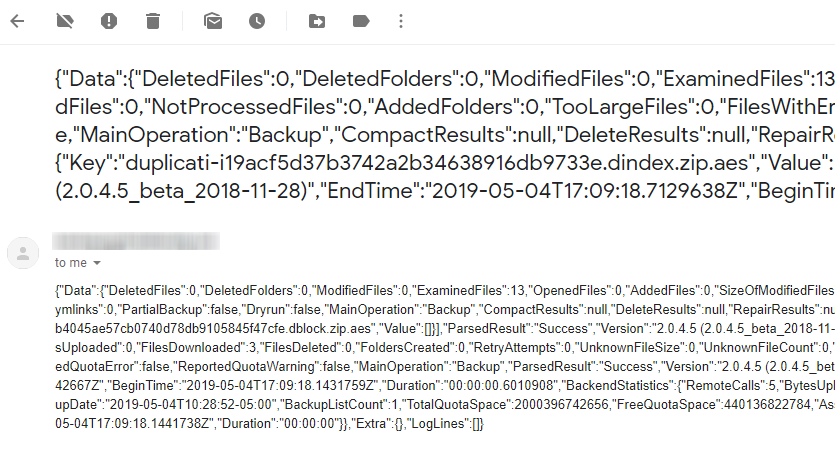 I know the bodies should be different (JSON vs plaintext) but note the subject of the second email is just the JSON output repeated.

Is this a deliberate design decision or a bug in the way Duplicati creates the JSON output emails?

It doesn’t use the subjectline variable, unlike the normal flow, so it always returns the same JSON payload.

It’s a pretty tiny tweak, so I opened a PR on Github added boolean check to make the json output use the subject template … by Pectojin · Pull Request #3759 · duplicati/duplicati · GitHub
if (ExportFormat == ResultExportFormat.Json && !subjectline)

Thanks @Pectojin. I want to update dupReport to handle the new JSON report format, but the program keys off parsing the email subject line. Once your fix makes it through the channels I can begin upgrading my code.

How long does it usually take code fixes to make it into the canary builds? (I know the beta release cycle is somewhat slow

Canary usually comes out every few weeks but I guess it has been a while (24 days).