How do you backup the profile registry while logged in

I have Duplicati installed and running as a service successfully. I cam backup the outlook .ost file while outlook is open… so I know that shadow copy is working to some extent. When the user is logged in I cannot backup the users profile files… I am specifically interested in the ntuser.dat file.

I have not tried this myself, but I have heard that certain files are protected and cannot be backed up:

Others claim that it works fine for the registry files: 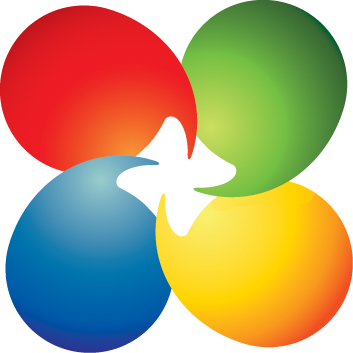 Windows 7 Forums is the largest help and support community, providing friendly help and advice for Microsoft Windows 7 Computers such as Dell, HP, Acer, Asus or a custom build.

But please not that Duplicati cannot reliably restore these files, as they may depend on actual disk layout, and Duplicati only considers plain file data.

I don’t think I’ve ever been able to back up ntuser.dat on a running system no matter what tool I use.

I’m pretty sure even CrashPlan didn’t do it…

So you are trying to backup the registry of a logged in user? Using VSS probably will allow that to happen; did you set VSS to on in your job parameters?

I tend to think that using a scripted regedit export is probably the best way to handle this, since DR or system state recovery is not part of Duplicati.
Or do you have a different use case you are thinking about?

The only two I can think of are:

But definitely share more about why you care that you can’t protect those files!

Actually, it was @DesktopMasters that wanted to back up ntuser.dat - I was saying I gave up years ago on trying to it. And, yes - it’s probably because I wasn’t using VSS correctly.

But I agree, files like ntuser.date are generally only useful for the actual installation of Windows that generated them. Since Duplicati backs up files, not drives, the resulting restored ntuser.dat file would likely be useless at best or totally screw over a user account at worst (say it was restored over an existing live user).

The users registry holds lots of important nuggets… For example the accounts info for outlook. If one Loads the profile into regedit and exports the info it can then be edited and imported into the new profile registry giving access to the .OST file for IMAP or Exchange.

This issue reaches a bit further though. I have VSS turned on but for this one user the outlook .OST file is being passed over because “it is locked”. This should not be happening when I have Duplicati running as a system service and VSS on. I am a bit confused as to what further steps to take.

So I felt as though the VSS was not working because of the .ost file. I started digging and figured out that I also have to add --snapshot-policy=required before it will use VSS. Once I did that… It not only solved the .ost file but it has also started backing up the registry.

Is there a comprehensive howto on this somewhere? I feel like the only reason I have been able to get through all this is because I am pretty competent and good at research.

Is there a comprehensive howto on this somewhere?

If you feel the current #howto section is lacking something useful, feel free to add a topic to it.

There’s also an actual manual being put together - it’s not finished yet, but if you’re interested you can find links to it in this topic:

What about a manual? Installation

Added Chapter 3 (Using the Graphical User Interface), making the manual a bit useful. Almost hitting the 100th page. Never thought it would be such an extensive report. Still a lot to add. Duplicati User’s Manual Rev. 0.3

should that forum not be linked off the website as a document repository??

Duplicati’s user interface is updated with a link to the forum, but we do not yet have a new beta build.

Are you missing a link from www.duplicati.com to the forum?