Doesn’t the volume size cause problems as well?

Doesn’t the volume size cause problems as well?

Nope. You can change --block-size (aka “Upload volume size”) any time without problems however just as with --zip-compression-level the new value will only be applied to archives created going forward. Existing ones won’t be automatically re-compressed at the new size unless part of a compact process.

I believe there are some manual steps you can take to force a re-compress of everything, but I’ve never tried it myself. If you’re interested let me know and I’ll try to find the related posts.

Considering most of my files are almost incompressible video files, perhaps reducing the compression level is the way to go.

Any idea about the giant discrepancy in file count?

I’m not sure what could be causing the discrepancy in file counts. Maybe it’s a bug in the file counter? The counter is a separate process from the actual backup so if it’s only in the counter it shouldn’t matter to the backup result. But I don’t know how you’d know until you finished the backup and moved back to the NAS:

I was just looking at that file actually.

I have mostly m2ts and arw files which are compressed but not found in that text file. I’ve edited the file to exclude those types as well. Hopefully that speeds things up a bit.

I’m assuming the encryption process is more CPU-bound than the compression process?

Both are mostly CPU bound. Compression seemed to have the biggest impact in tests done by @dgcom here: Duplicati 2 vs. Duplicacy 2.

Default compression level is 9 and going down to 1 cut about 36% off his backup time in one of the tests. An other test using level 0 cut that down about 45%. And the test with turning off encryption cut about 7% (for a total of 52% with level 0 compression and no encryption)

Of course these things could also depend on memory and disk speeds, or even network speeds if you end up bottlenecked there.

I’ve edited the file to exclude those types as well

I don’t know if that file is dynamically loaded or not - if adding those extensions works for you, please let us know so we can try and get them in the official release file.

I restarted Duplicati after making the changes - just to be sure.

I ran into the restoring from a different OS issue so I restarted the backup but the speeds seem to be significantly better. The Pi only has a 100Mbps port but I’m averaging around 45Mbps - still going to take 6 days to finish at this rate, but its half as long as the original estimate.

I’ll see if the transfer speed stays consistent over the next little while.

What settings did you end up with? Is it mostly compression that slowed you down?

This is what the incoming traffic on the backup destination looks like:

Reports a 45Mbps average over 5 minutes. You can clearly see where each 50MB chunk starts and finishes.

ARW is similar to Canon’s CR2. It should be an uncompressed image file but by most reports its actually a compressed format. I did (naively) a quick compression test with a few ARW files into a zip file and the resulting output was barely smaller than the original.

hmm, I’m submitting a PR (#3021) to add m2ts, but I’d need to see some testing of compression ratios for ARW before adding that.

It should compress fairly poorly before it makes sense to force on all users.

You can clearly see where each 50MB chunk starts and finishes.

If you think your uploads are happening so fast they have to wait for the next archive to be prepped then you could try different --asynchronous-upload-limit settings (default is 4) to control how many archive files “ahead” will be generated.

Thought it sounds like you might be at the other side of things where your CPU is so busy generating another archive volume that it can’t pay attention to any already going uploads.

Well, ideally we would want to test with SharpCompress directly since that’s what Duplicati uses.
But that kind of requires me to write a small C# wrapper that’ll make it easy to compress those files on CLI and display the ratio.

Duplicati will deduplicate the files

If you set your --blocksize to be larger than your largest target test file then the only deduplication that would occur would be for exact files.

Well my ARW files are all under 25MB each which is smaller than the block size - I’m guessing dedup would always be running in that case. I could run the backup, delete the data, and redo with a different compression level.

Also, I moved the temporary storage for Duplicati to a much faster drive and my transfer speeds went up significantly. 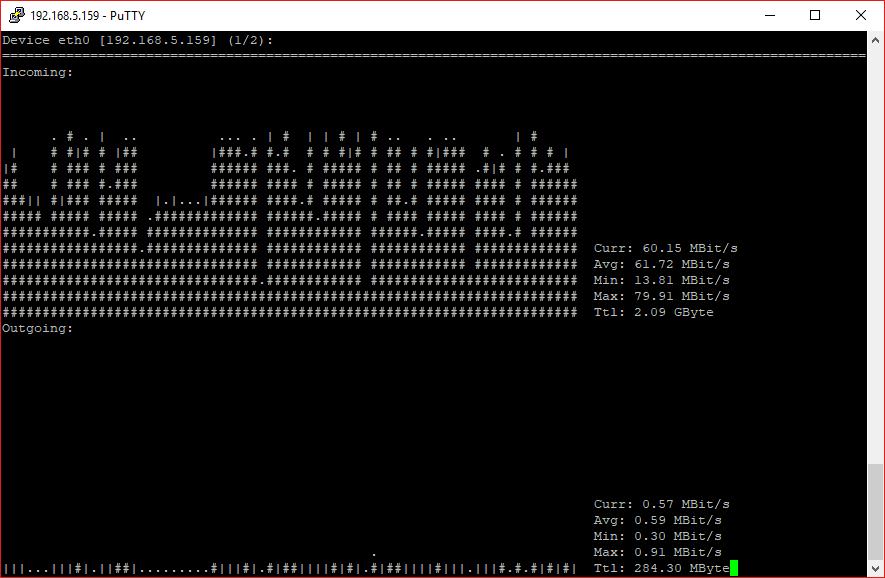 There’s no more hard edges on each file transfer, plus the average and minimum speeds are up a lot. The previous drive was on a pretty old and fairly busy single HDD. The new one is an NFS share but with an SSD Cache.

Since you’re working on a Raspberry Pi I’m assuming this is not really useful to you, but I believe an option is being added to allow these temp files to be created fully in memory (an alternative is to use a ram drive).

I could run the backup, delete the data, and redo with a different compression level.

The backup jobs can’t share dedup, so it should be fine to keep them all during the test. But it’s always good to keep them in different folders so they don’t confuse each other