Can I see in "compare" backup difference size?

What you want may be duplicati-cli compare 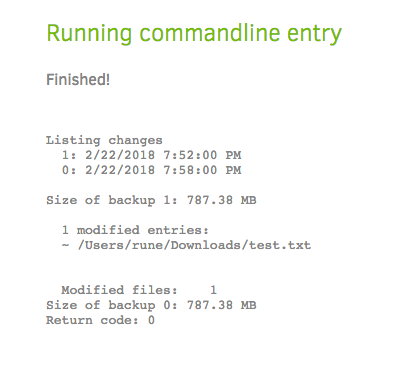 It can be run from the Web UI on the Commandline page like this to compare two versions: 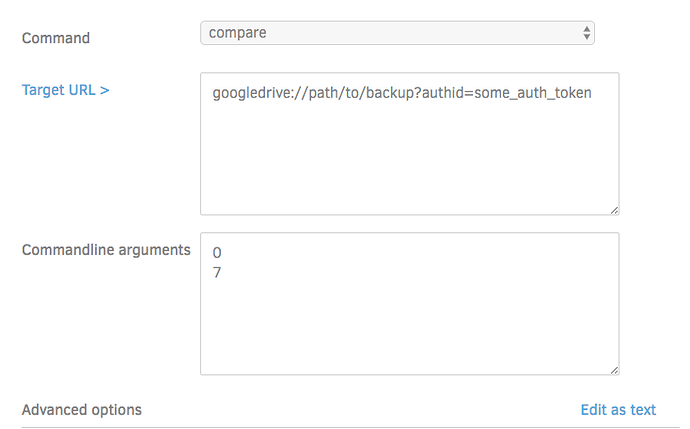 It displays the size of each backup. It’s just a bad example because the only difference was a tiny change in one text file

Just to make sure I’m understanding, @Pectojin’s suggestion gives you the raw data to get what you want (in his example, 0.38 GB) but you’re wondering if there’s a way to have Duplicati specifically say “The backup grew by X GB with this last backup.”?

Yes, exactly what I want!)

Yes, exactly what I want!

You’re not the only one!

While the feature doesn’t exist yet, you might want to take a look at this topic where something similar has been discussed (but not yet implemented):

I recently ran into this with a CrashPlan user so it got me wondering - would it make sense for Duplicati to have an “alert” (email?) feature to let a user know when a drastic change has occurred in some functionality? For example: backup Source size changes xx% from last backup (oops, did I drop a video file in the wrong folder? Or worse delete something I didn’t mean to?) file scanning (normalized for number of files / folders scanned) is taking xx% longer / shorter than it historically ha…