Backup is same size as Source. Why?

Hello Guys! I hope everybody is doing great!
I started this backup and noticed that the Source (333.45GB) and Backup (329.59GB) size are almost identical.
I was expecting a backup much smaller than the source.

Few notes:
-The only things I changed when creating the backup was volume size and block size
-Although it shows I have two versions of the backup, the second backup was just a really small change just for testing purpose. It didn’t affect the size of the backup.
-The Content of the Source is a mix a files (Photos, Videos, Documents and Etc) 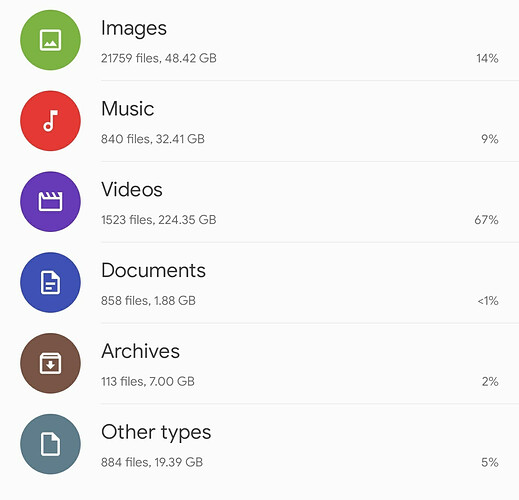 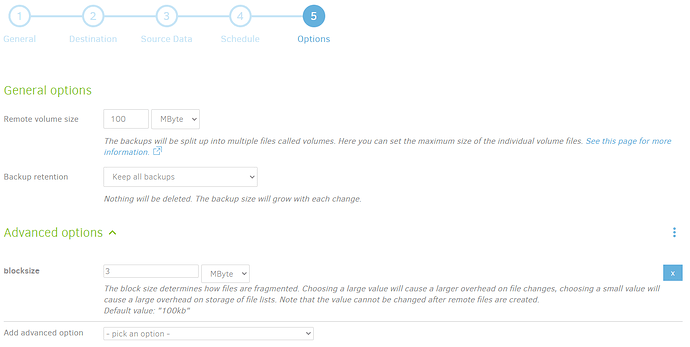 Judging by your list of backed up items, you have a lot of things that are already compressed (images, music, videos). You won’t get much more compression out of those.

It’s harder to say about the other things. Documents and archives, for instance, may be more compressible, but it still depends. Is “archives” a bunch of zip files? If so you’ll see the same low additional compress because they’re already compressed. But even if everything else is compressible, your videos, music and images are the vast majority of what you’re backing up and they really aren’t.

In a similar vein, you probably won’t get much deduplication out of those either unless you’re keeping multiple versions of slightly different edited versions of any of the media around.

You still gain from Duplicati’s “forever incremental” approach, though.

to add a precision to @Lerrissirrel, Duplicati has a list of file extensions (in the 'default_compressed_extensions.txt file) that are known to be compressed and so do not even try to compress them.