How can I update the task configuration via some automation?

I hoped I could be able to launch some query like “UPDATE AuthID = XoXo IN tasks” against Duplicati-server.sqlite via CLI, but it’s encrypted. And no encryption method DB Browser for SQLite could open with the predefined password I found somewhere.

maybe you could use duplicati-client: 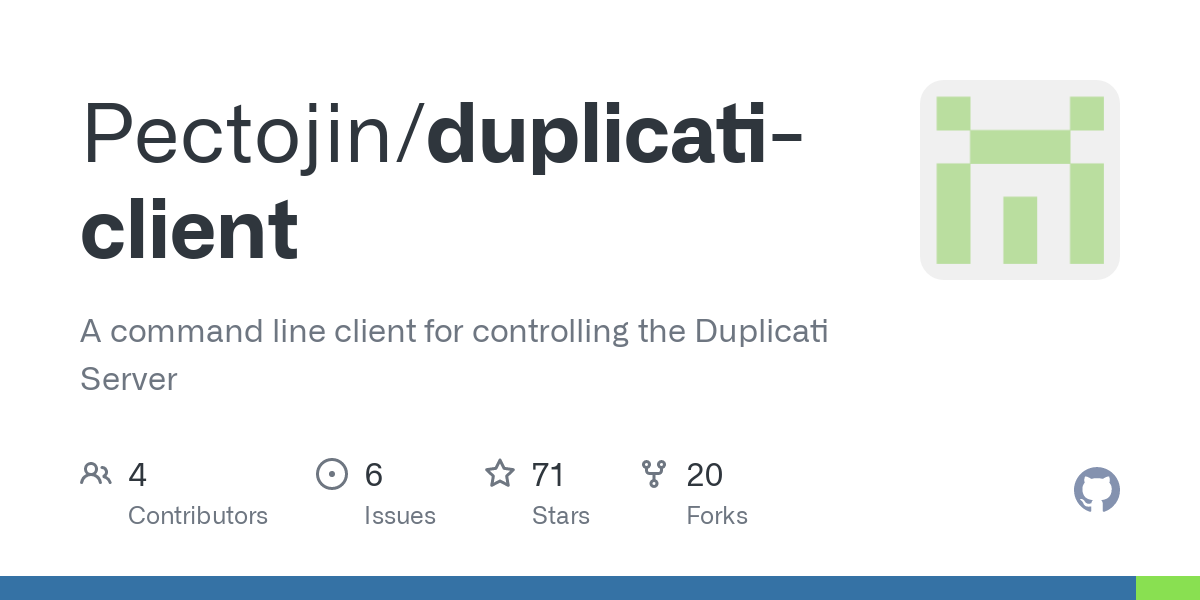 GitHub - Pectojin/duplicati-client: A command line client for controlling the...

using ‘export’, editing the .yml file to change your value in the TargetURL parameter, and then uploading it to the server with ‘update’. Warning, backup your config before trying it, I did not test it.

–no-encrypted-database turns that off, but that makes it easier for malware to read database as well.
You’re in unofficial territory with all the methods that we’re getting into. Things may change someday.
Even duplicati-client uses reverse-engineered knowledge of API. Anyway, another possible job tool is
Duplicati.CommandLine.ConfigurationImporter.exe in your Duplicati folder. Can’t do deletions though.

I will check both, thanks.

I will check both

A third would be the original idea of editing the database using a tool, scripting language, etc.
SQLite has a downloadable command line tool, Python has support, etc. Be careful though…

Although it wasn’t asked for, Duplicati CLI can do this quite simply via either editing options or
parameters-file. Both use documented format and options. GUI is meant to be changed there.