Don’t know if it’s related, but I too get warnings every night and as a result I still don’t feel comfortable using Duplicati. I hope this will soon be fixed. I opened some to give you an idea of the warnings I get. 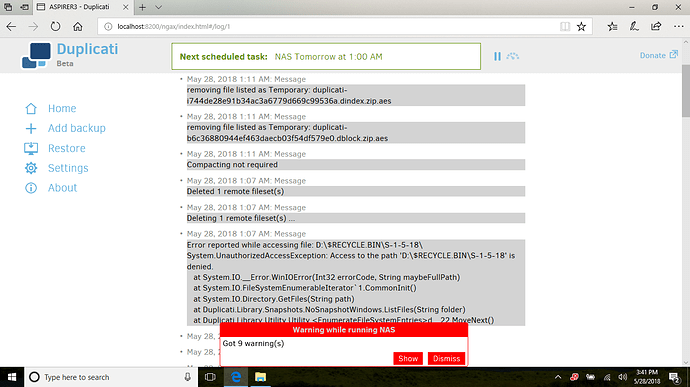 I believe your issue is unrelated to the previous post so I moved it to another topic.

In your case it looks like you are running Duplicati under an account that doesn’t have permissions to certain folders (such as “D:\$RECYCLE.BIN\S-1-5-18” in your screen shot).

This isn’t an error with Duplicati, it’s Windows not letting Duplicati see the files so it can’t back them up. You can get around this a few ways including:

I’d suggest you try manually running Duplicati with a right click and choosing “Run as administrator” (it might be under a “More…” submenu) and see if the warnings go away (or decrease).