I tried to restore a backup and the Restore shows me this: 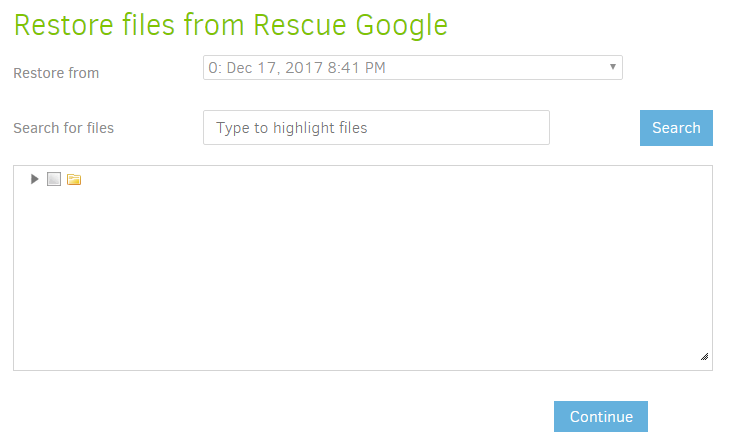 As you can see: the folder is opened! Nothing in the backup?

If I then search for “Backslash” I get folders and files (but with no names): 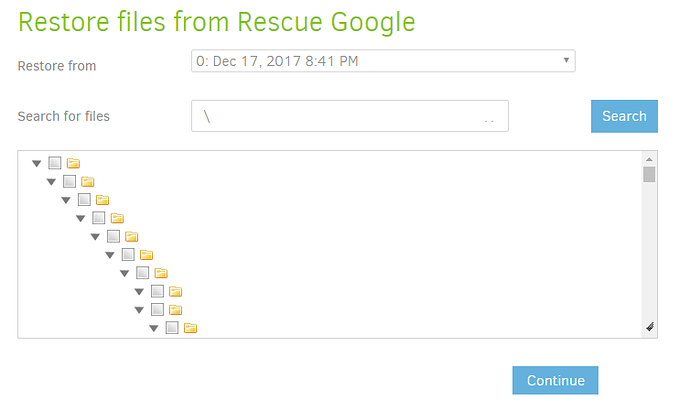 If I then remove the “Backslash” from the search my directories and folders are shown: 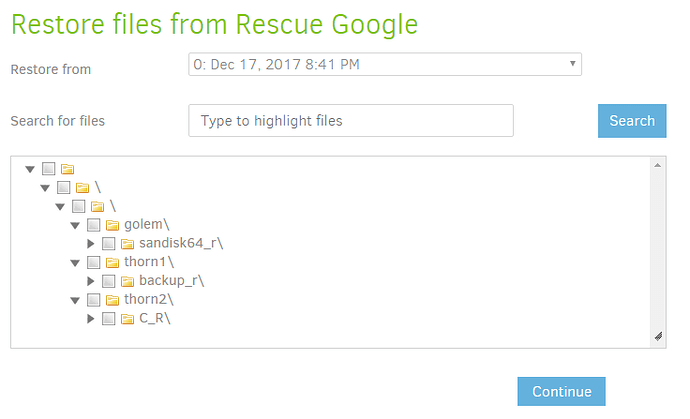 You didn’t happen to get an XSRF related error before you had this odd GUI experience, did you?

Oh, and did you try to restore from the job, direct from backup files, or from a configuration?

No XSRF error. I repeated it: 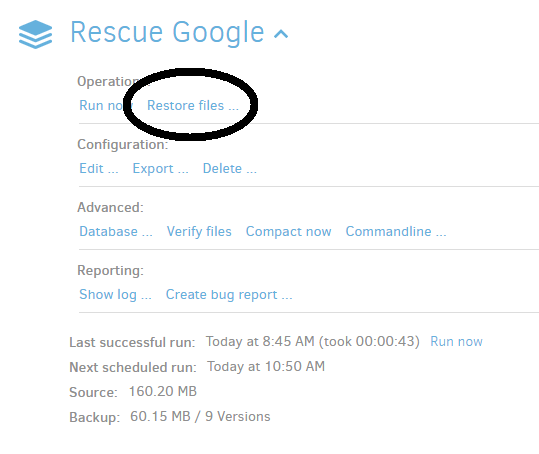 Click on the small triangle beside the folder. Also empty:

I can then also search for “e” and get files and folder. But not all (not each path contains an e): 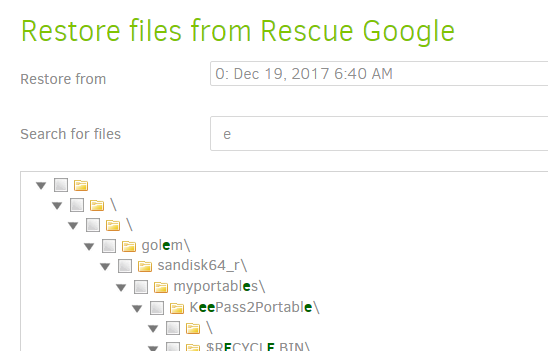 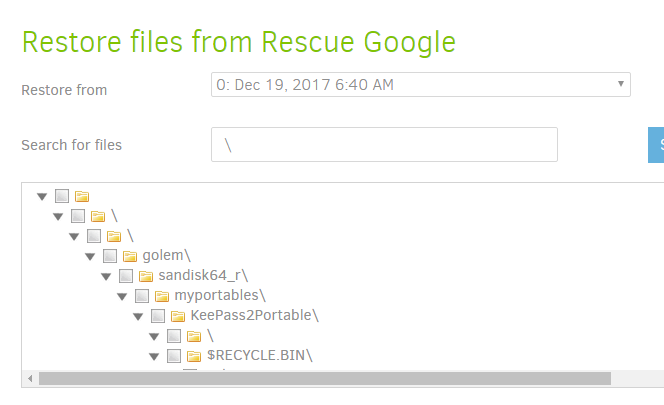 If I start again with “restore” and then search for a backslash I get an empty structure: 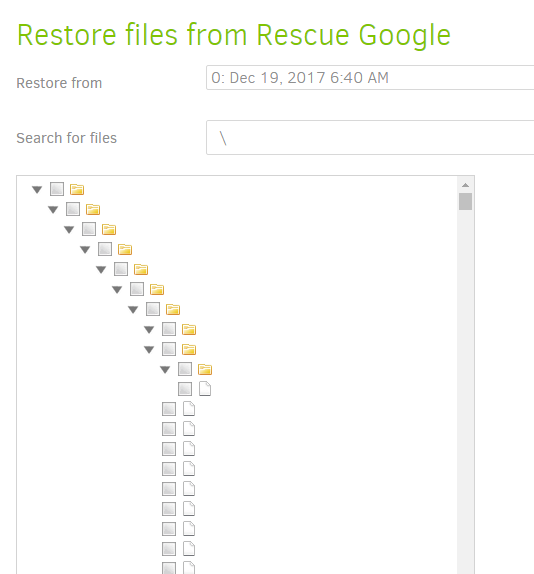 It seems to me that there is a problem with paths starting with a double blackslash! This backslashes are shown hier as 2 folders. 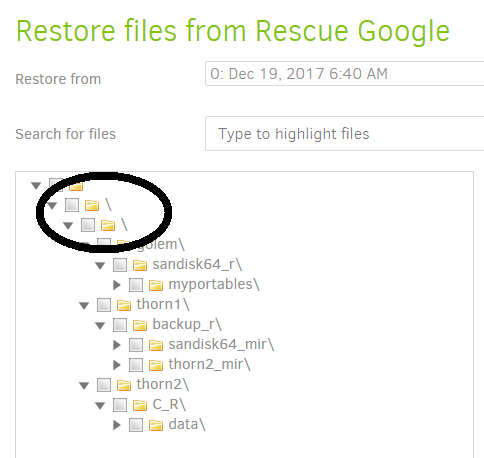 And to answer your last question: A restore is working!

And to answer your last question: A restore is working!

While it’s bad that finding the files to restore in the GUI is very flaky for you it’s good that the actual restore works.

I haven’t run into double backslashes before except when dealing with UNC shares - is your source a UNC share or do you have some unusual (at least to me) folder structure or symlinks/hardlinks on a local drive?

I think I have no unusual folder structure. It is just \\host\share\folder…

No symbolic links, no hard links.

As you can see in the last screenshot if you just combine the 2 backslashes that were shown as seperate folders you have my source paths:

That makes sense. I’ll see if I can replicate the issue. If I can I have a good guess where the code needs updating.

In theory, it wouldn’t be a problem as a mapped drive…

I also think that the problem would not appear with mapped drives. But the alphabet has just 26 letters

But the alphabet has just 26 letters

Stupid alphabet. Maybe if you change to Katakana you can get 46 drive letters.

I’m using 2.0.2.12_canary_2017-10-20 and my GUI browse test of a restore from a backup with only UNC as source worked just fine. Does your backup have mixed drive letter & UNC sources or is it just drive UNC?

(BTW - I updated the topic title to reflect that this seems to be a UNC source related issue.)

As you can see in one of the screenshots I have 4 sources on 3 different hosts. Each source is a directory. No mix of UNC and Drive-Letters:

I don’t have my Windows 7 box to test with anymore but I tried another test with two UNC references rather than one.

While I didn’t get your restore issue, I was able to get a Null Reference Error when trying to restore from the version of the backup with multiple UNC source paths. Versions with a single UNC source path work fine.

Clicked ok, searched for Backslash, removed the Backslash from the search field, opened the path, marked everything and restored it => everything restored to local drive.

Thanks for the step-by-step!

Now that I’ve replicated the error I can hopefully look into fixing it. Until then, it’s good to know the restores worked correctly for you!

And if you remove the “.” from the search field (but do not press search, just remove the search value) you will get the folders and files and you will then also be able to restore them.

On a slightly related note I’ve started a topic to see how much interest there is in UNC sources.

I feel this may be more widely wanted than the two topics mentioning “UNC source” may indicate. I don’t even know it this is possible to implement and I know it’s not very efficient (what with having to copy entire changed source files to the local box for having) but I figured I bring it up to see how much interest there really is in using UNC as a source.

This issue appears to have been mentioned on GitHub: 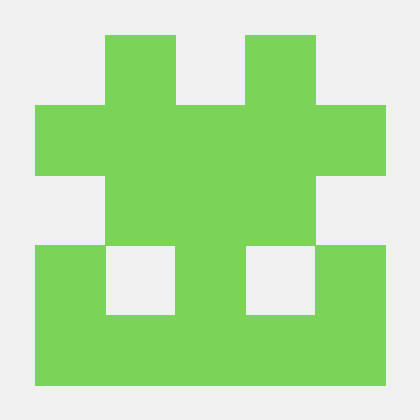 Issue: When restoring a backup with multiple server UNC paths, file browser cannot be navigated until a search is performed.