I think less may not have been compiled. I’m still having the log UI cutting issue resolved in Live log height by Pectojin · Pull Request #3033 · duplicati/duplicati · GitHub
Looks like it was just a very clingy cache. Everything is looking good now (upgraded on two different systems).

Is it normal, when after activating I have to start manually D2 app on Windows? Also download progress bar was near a panel?

Everything is looking good now (upgraded on two different systems).

So we have a candidate for experimental now?

Is it normal, when after activating I have to start manually D2 app on Windows?

@avmaksimov If you leave the box checked on the last page of the installer, it should start automatically.

Oh, I just saw this: disabled default filters until we decide on how to use them by Pectojin · Pull Request #3065 · duplicati/duplicati · GitHub

For some reason I closed it, but should this be included in the experimental?

Ok, I created a release/2.0.3.1_experimental branch, so we can merge fixes into that.

I think that merging that branch gets us pretty close to closing all outstanding issues.

Perhaps we should get fixes password change in hosted tray by mnaiman · Pull Request #3066 · duplicati/duplicati · GitHub as well?

If you leave the box checked on the last page of the installer, it should start automatically.

I mean upgrading via GUI after “Activating”. 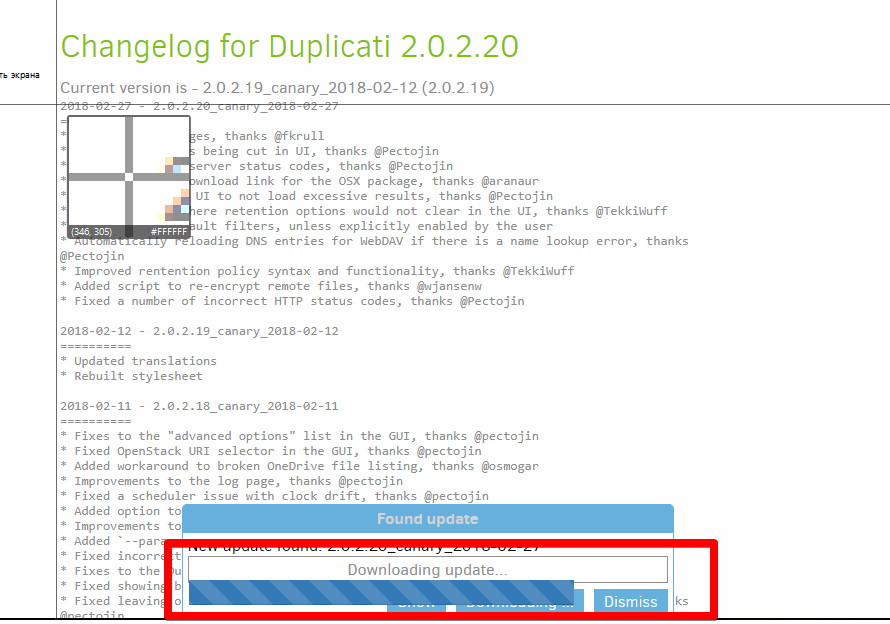 I see. It is supposed to restart, but some people report problems with it and I have not figure out why it fails sometimes.

For the progress bar, I have not seen that before. What browser and version are you using?

I have problem with restart everywhere and with app and service .

With service I saw message “Activation failed:”. But now I see “Not logged in” after click “Activate now” in “About”.

I have the same symptoms using Edge.

There are two processes:

Is it normal, when after activating I have to start manually D2 app on Windows?

For me, I have to manually restart Duplicati after the auto-update process completes, every time. In the past it just failed, so at least it works now.

Dang, I was hoping this meant that the “log line overlapping” issue had been fixed :-/ 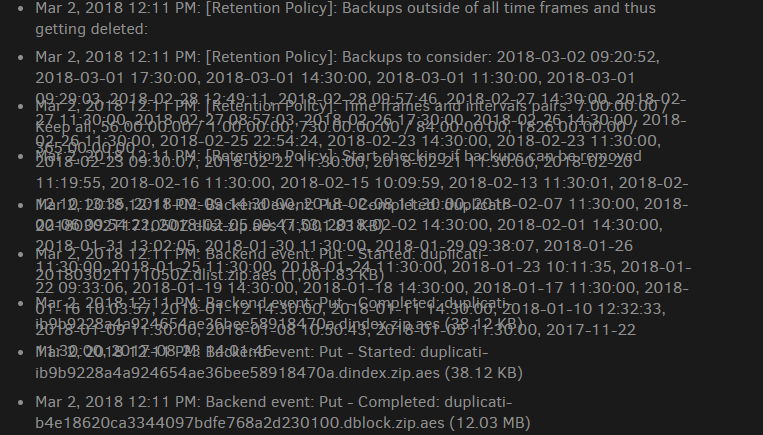 When I upgraded it still looked like that until later that day when it finally updated the cached css.

There are two processes: