I can’t figure out how to restore a previous copy.
Here is the working version of the files 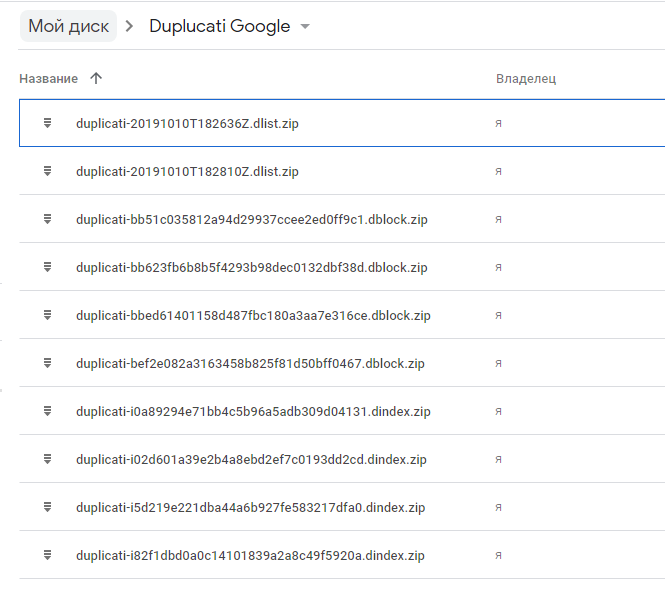 And when I take a step back up my backup, I have a mistake.
No filesets found on remote target

How do I use a backup, I don’t have a local base

I can’t figure out how to restore a previous copy

Were those files and their folder made by Duplicati? Google Drive only lets Duplicati see files it made. There might be some online workaround, but a more sure-fire one for such a small backup is to move those files to somewhere without such odd rules (for example a local drive) and just run direct restore.

Yeah, I was doing a workaround for testing,
on the local one, I can open these files and restore them.
And through Google Drive there is no error

No filesets found on remote target 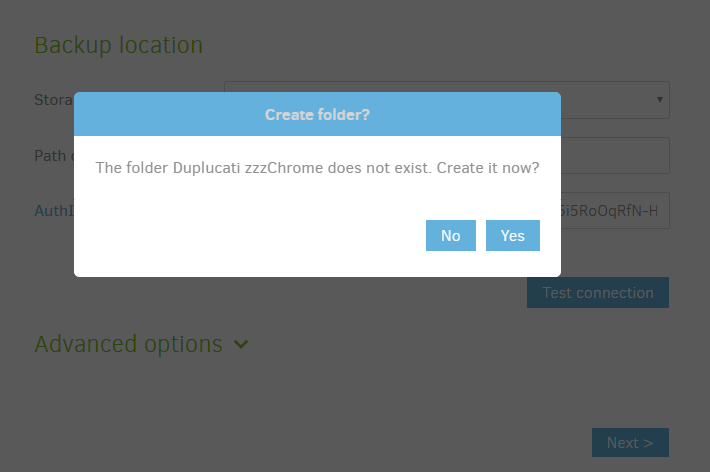 And here’s the exact same folder in the Google drive 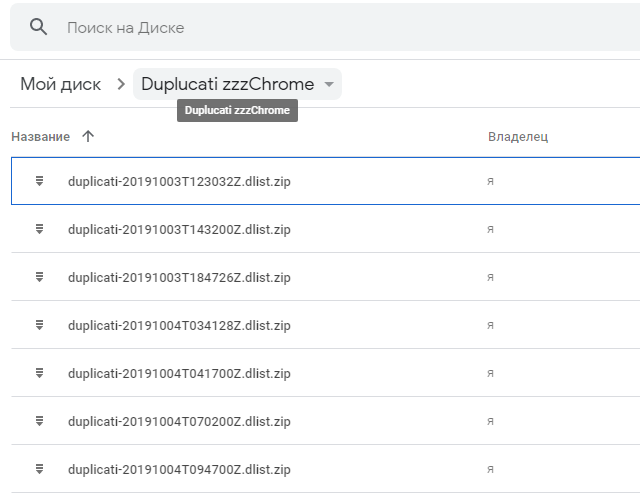 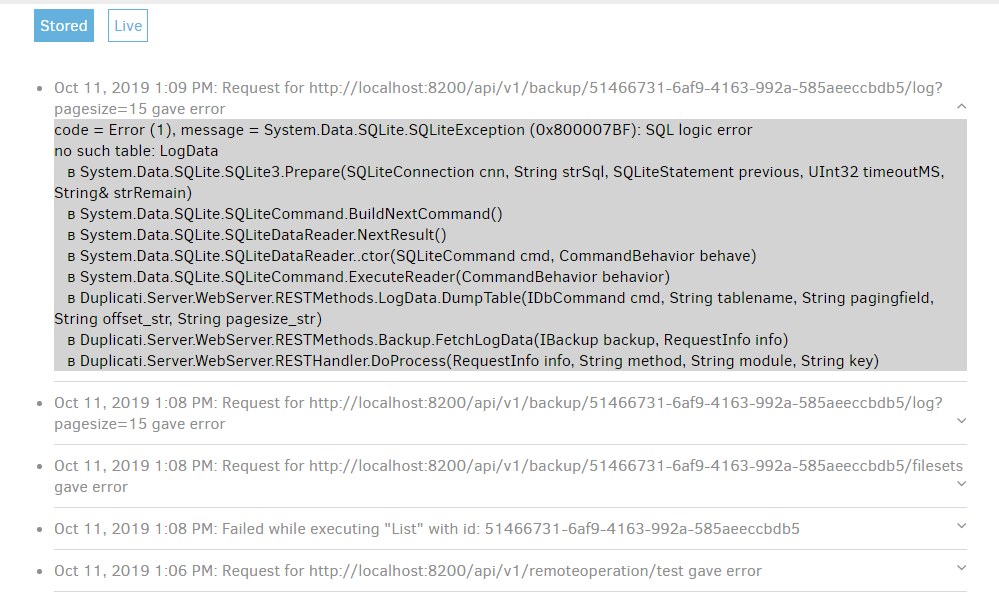 In Google drive is not clear system of creating folders

The best plan is to NOT create the folder by hand, because (as said earlier) Duplicati can not see the one that it didn’t create. It will offer to create it, and will be able because Google Drive allows duplicate names. This seems rather unusual, but it’s how they did it. You can web search on issues this causes.

So when setting up a backup, first make sure the folder isn’t there, then let Duplicati do folder creation.

If you have files you uploaded some other way besides Duplicati, there’s no way I’ve found yet to make them available to Duplicati using its default login scope, which is a restricted one that sees only its files.

Duplicati OAuth Handler run directly can (for now) also do a “Google Drive (full access) login” but it may disappear early next year because Google thought it’s insecure to give an app access to all of your files.

Sounds reasonable to me except for the transition plan. Sometimes you WANT to give an app files that it’s handling for you, and Google hasn’t provided any reasonable method that I’ve found yet to do that…

Please tell me how to use Google Drive’s Api

I have a desire to connect my api to work with Duplicati
how to do that? 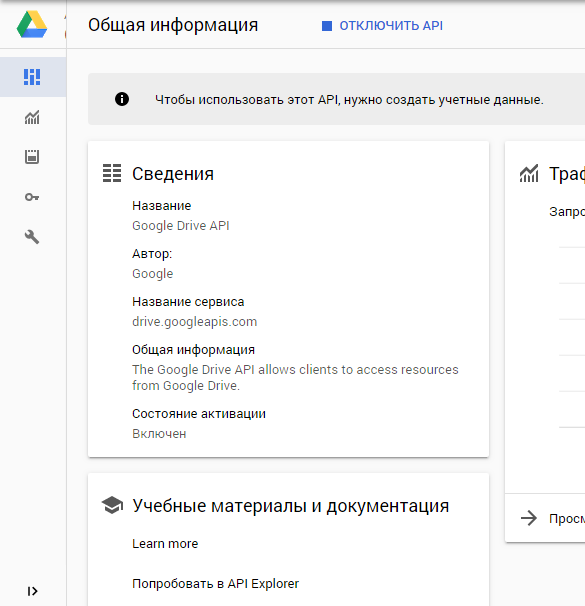 Please tell me how to use Google Drive’s Api

Google Drive API is the documentation, and I can’t generally explain further.

What exactly is your api? An API is an Application Programming Interface, and there are lots of them.

access_token differs from AuthID value in web interface
I tried to use access_token, but it didn’t work for me.

If you’re referring to OAuth 2 concepts such as documented in OAuth 2 Simplified, none of it applies to anything an ordinary user would do. The user usually clicks the AuthID button on UI Destination screen which should fill the web UI field automatically after a dialog with the service provider’s OAuth 2 server.

Each Storage Type has its own requirements that you need to fill in. For an S3 compatible backend, you need to specify a Bucket name, region and storage class. For other backends, like Google Drive or Microsoft OneDrive, you need to create an AuthID token to grant permission to Duplicati to get access to that backend.

Special purposes (or failure to auto-fill) can use the Duplicati OAuth Handler directly, then copy AuthID.

How we get along with OAuth explains AuthID is Duplicati’s way of shielding users from OAuth 2 detail.

Using OAuth 2.0 to Access Google APIs might be what you went through but it’s not for typical users…

Can you say more about what you did, and what you’re trying to do? There’s not enough context given.

I still have one question if I’m going to use “Full access” for Duplicati
is that a danger?
For my data, or for other services where I am authorized?

I still have one question if I’m going to use “Full access” for Duplicati
is that a danger?

It’s more dangerous than the default “Google Drive (limited) login” which is why it’s not the default and why Google is trying to limit it (effectively killing it, except for app makers with time, money, and need).

Only you can decide if it’s too dangerous for you. Even if you fully trust an application creator to not be malicious, there’s still a chance malicious code could take over an application to do harm by its access.

For my data, or for other services where I am authorized?

I believe when you first go through the service provider’s OAuth dialog, it tells you what access app is asking for. For Duplicati, it’s probably file access, i.e. it doesn’t have or need access to all the services. OAuth 2 is somewhat safer this way. Duplicati never has your actual username or password, and what access is given is presented to you for your approval, though things might not work if you deny access.

https://myaccount.google.com/security says a bit about access (e.g. mine says Duplicati has access to Google Drive) but I’m not sure if you can see extent of access (e.g. which OAuth 2 scope the app got).

After finding the app in “Third-party apps with account access”, you can get details by clicking on it, e.g.

and the date on the line below (which I omitted) matches when I created a limited access login. I later created an AuthID for full access login (and used it today to confirm it saw all files), but it’s not shown.

I get it. Thank you very much.
You are the best technical support, always useful in advice.

P.S. I will add a recommendation to other participants of this wonderful friendly forum.
This post helped me to understand how Google Drive directories work in limited mode, maybe it will help someone

I think this is the source of the problems: The name you set on a folder is just a label. All files and folders have an internal ID, so you can easily have multiple folders with the same name, although it is really confusing to browse it from the Web UI. When you log in with via the OAuth handler, and choose “Google Drive” you only give Duplicati permissions to see/touch files it has created itself. Thus if you create a folder from the WebUI, Duplicati has not created it and is not allowed ac…