Hi there, apologies if these are known issues, searched the forums but didn’t find answers

I’m running 2.0.4.5 on a MacBook Air i7 with 8Gb or RAM, running Mojave, backing up to a B2 bucket. Browser is Chrome. The backup seems to be running OK so far, but… 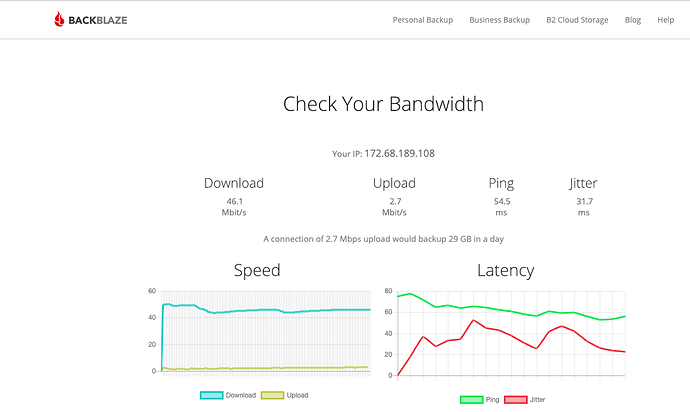 Appreciate any pointers or feedback.

A quick note on 2 - it’s progress on processing the current file. I can see how it could be a little confusing, though.

Ah - that explains that…

Hi @doninla, welcome to the forum!

You’re seeing “Windows” exe & dll files because Duplicati is written (mostly) in .NET which historically was a Windows only technology.

However, these days Mac and Linux machines can run .NET applications using the mono framework which basically translates all the .NET API calls into Mac (or Linux) compatible functions.

That should cover most of the manual appearing to be Windows only. If you’re concerned about the screenshots being only from Windows, keep in mind most Duplicati usage is done through the GUI which is web based - so it should run fine in any modern web browser regardless of the underlying OS.

Be careful of units. The screenshot shown is MB (uppercase B) which is bytes. A byte is 8 bits (lowercase b). Assuming the reading is correct, you’re running at the high end 1.22MB/sec* 8 = 9.76Mbit/sec of your range, which means Duplicati is managing to keep the link pretty full. People with gigabit links may get disappointed.

run it with mono in front

Some operating systems got scripts for common things. For example, Duplicati on my Linux system included /usr/bin/duplicati which winds up doing exec -a "$APP_NAME" mono "$EXE_FILE" "$@" to start up mono, but for anything not having a convenience script (anyone know what Mac has?) there’s the direct mono start.

Thanks to both JonMikeIV and ts678 for their explanations.

Some operating systems got scripts for common things.

Thanks for the info!

I’ve mostly got Windows experience, but I support Duplicati on a Mac, a few Linux boxes, and a Docker container or two - but that just means I figured out how to install it, not how to use it.

I felt it was harder to get the service set up on the Mac than on Windows or Linux, but then I’ve had the least amount of experience with the plist files that are used on Macs. (Personally, I’d like to see them move to systemd.)