After installing Duplicati on my CentOS 7, it showed up as expected in System Tools. I was able to run it and the browser window opened, all looking good.

However, I created and ran a backup, I got a bunch of errors such as “Access to the path…” is denied.

I suspect that Duplicati is not running with root privileges so I’m wondering what I need to do to fix that.

Secondly, looking through the system startup list, I’m not seeing that duplicati got installed so if the machine is rebooted, duplicati will not be running.

So what do I need to do to make Duplicati run as a daemon with root privileges? I can certainly created a new systemd service but (based on my experience) I suspect there’s a bit more to it than that. 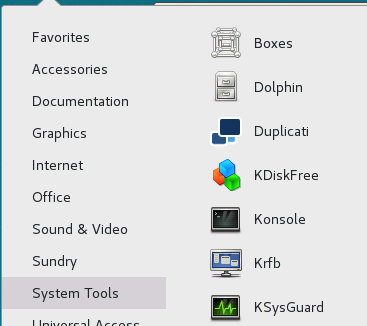 I’ve not done much with Centos since around version 5 (and even then it wasn’t much) but if you’ve got systemd I’d assume (danger! danger!) it to be the same in as systemd for Ubuntu (note, the text in the post is off - “start” should be “enable”).

How to give duplicati root permision on ubuntu Support

I think the simplest is to run Duplicati as a service: Stop any running instance Run sudo systemctl start duplicati Change the desktop launcher shortcut to duplicati --no-hosted-server --serverurl=http://localhost:8200 Start the desktop launcher This will run Duplicati as a service (on boot) and only start the tray icon once you are logged in to your desktop, but connect to the running service.

Thanks…that’s not a concern at this point since I’m still only testing. I don’t mind recreating configurations. Right now my only concern is reliability and getting down to zero errors while backing up

I think I covered the steps here:

How do I install on CentOS 7? Support

No options are required, it should just run like that. If you place the service file in /usr/lib/systemd/system/ it should be possible to run: sudo systemctl enable duplicati And it will then auto-start as a service. It does not matter who owns the files, it matters who runs the Duplicati server. If you set up the service as above, it will run as root. You can then get the tray-icon to connect to the service with duplicati --no-hosted-server --serverurl=http://localhost:8200