Hello there,
I installed Mono and Duplicati 2 (latest version on the download site) on my Synology diskstation.

But whenever i try to start it up via the icon it shows up “The connection to the server is lost”.
I googled and found some people had the same problem and tried to solve it via some commands. But tbh i don’t know where to input them and how to edit some of the packages files… 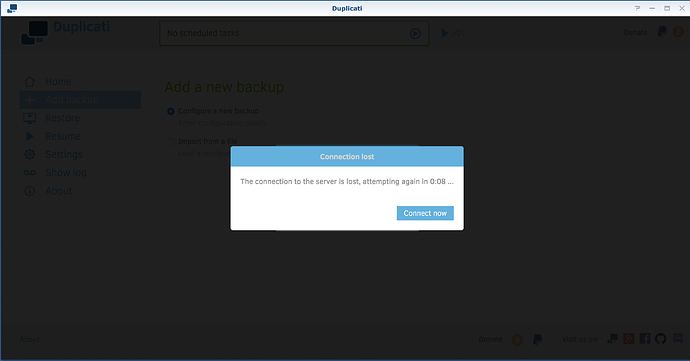 You need to connect via ssh (eg putty on windows or firessh in firefox) and run the commands as root (sudo su with same pwd as your admin user).

It’s a workaround not a solution, as Kenneth mentioned in the ticket there are security implications.

Thank you very much! that actually worked.

i tried it before but apparently forgot to run it as superuser.